How Did I Declare for the NBA Draft?

The story begins in April of 2007, when one of my roommates (Dan) suggested that we should declare for the NBA Draft the following year. He, of course, said it jokingly. I, however, thought he was serious.

I did nothing about this idea until this past January, when I began to look into what would need to be done to actually enter the draft. I started by viewing the NBA Collective Bargaining Agreement. Here I found in Article X Section 1 (b) the information I was looking for:

(i) The player (A) is or will be at least 19 years of age during the calendar year in wich the Draft is held,
and (B) [...] at least one (1) NBA Season has elapsed since the player's graduation from high school [...]
(ii) (F) The player has expressed his desire to be selected in the Draft in writing received by the NBA at
least sixty (60) days prior to such Draft (an "Early Entry" player)

NOTE: I have seen it mentioned in numerous places that people believe there is a fee associated with declaring for the NBA Draft. This is false, it is FREE to declare. I hope this clears up any confusion.

It was at that point decided - I must write a letter to the NBA declaring my intent to be drafted. Using my best legalese I crafted such a letter.

But where do I send such a letter? Despite my best efforts, I could not find an address for sending draft declaration letters. I contacted the NBA through nba.com. Surprisingly I got a response quite quickly; unfortunately, it did not contain an address.

Weeks went by, and finally in early March I found a solution - send the letter using the Fan Relations address given on nba.com. I sent the letter with Attn: Draft Declaration. Additionally, the letter was sent certified mail so I could be sure it was received and the NBA could not ignore my ridiculous declaration. It arrived at NBA League HQ at 12:55 PM on March 4, 2008.

At this point I was unsure what would be needed next, so I waited to be contacted.

Finally on April 1, I got a reply - a letter in my mailbox from the NBA. But this was no April Fools' joke. They were letting me into the NBA Draft. 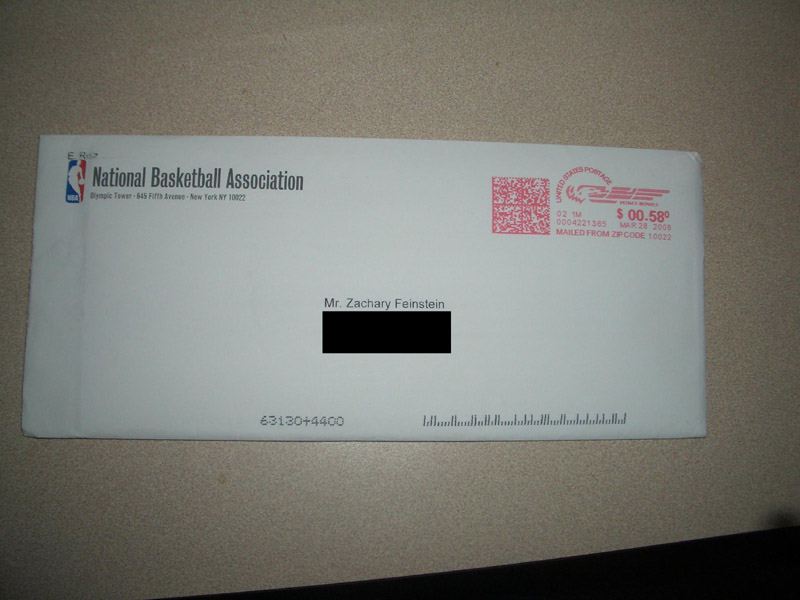 All I needed to do was fill out 3 pages (2 of which are copied below). 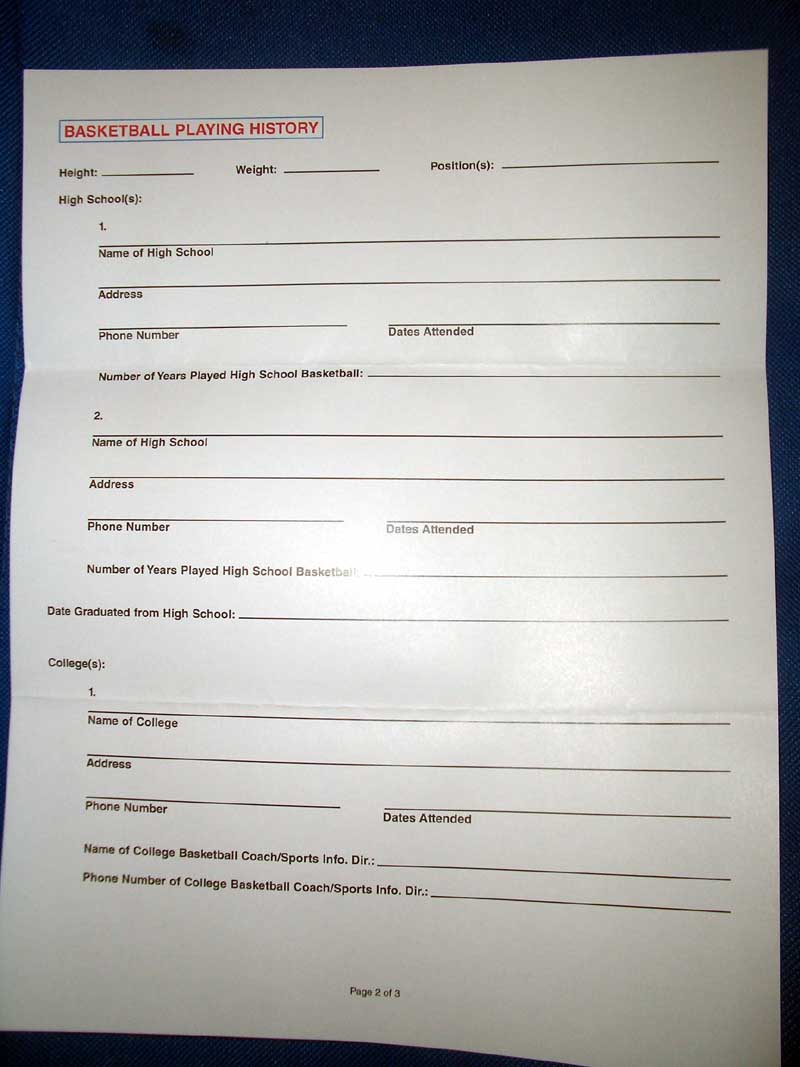 I faxed those forms in on April 2nd.

Since I had waited and heard nothing back from the NBA in terms of confirmation, on the morning of April 14th I decided to call up the NBA. This conversation went quite well as Erika Ruiz quickly confirmed that all my papers were in order and no further steps needed to be made by me. And behold as of May 1 I am able to find myself on the Early Entry List at draftexpress.com and nbadraft.net under "unknown players".